Most PC cases of modern time support both 120mm and 140mm fans. As far as the 120mm vs 140mm fan battle goes, there are some unique differences that make them useful for a particular set of users. Usually, every fan manufacturer makes fans of both sizes, which might get you a bit confused.

Shed all your worries and doubts. By the end of this article, you’ll have all the info you need to choose between the two. The perks and quirks of both PC case fan sizes will become clear to you. It all mostly will all revolve around basic factors like spin speed, airflow, noise levels, and so on.

So, have faith in me and follow my lead. I’ll guide you through the complete flow. 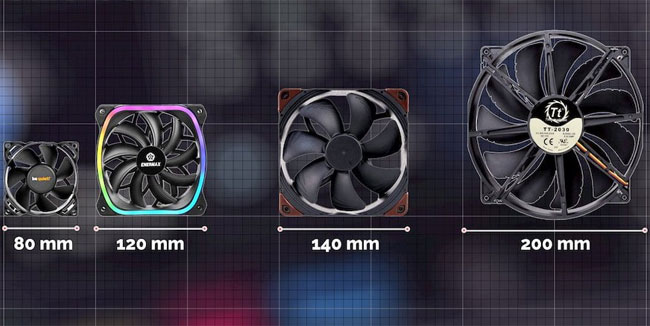 Call this a small set of tips from my side. It’s pretty obvious That there are a lot of fan sizes to choose from in the marketplace. The best way to chose a fan for your case is to see the requirement of the case itself.

Current cases use 80mm, 1200mm, and 140mm fans in general. Keep note that there can be exceptions. Some can even house 200mm fans, and some panels are limited to 40mm only.

You’ll generally find a manual or a guide that comes with the case. It should tell you all you need to know about compatibility. Or, if you’re a bit crafty yourself, you can just measure the fan size by the distance of the mounting holes.

A few modern cases require horizontal mounting even. Be it horizontal or vertical mounting; it won’t matter too much. Just keep in mind the type of bearing that you’re using.

Don’t worry. We’re going to go into the specific feature-based difference later on. But let’s target the simple answer first. What’s the big deal about 120mm fans and 140mm fans? Well, to get a clear picture, you need to know what they are individually.

So, let’s shed some light on the basic info. 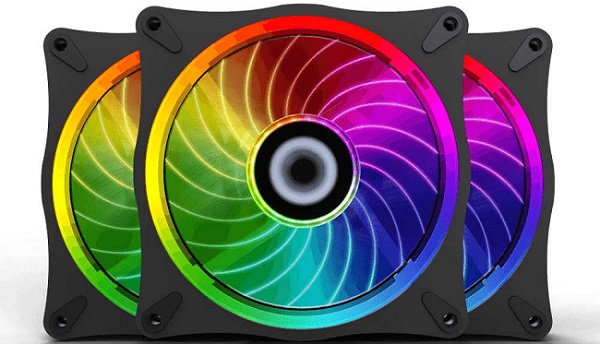 120mm fans are the most popular and widely available case fans in the marketplace as of now. There are far bigger variants, but this is chosen as the “standard” size. 120mm variants are good enough for most PC builds and laptop cooling needs. Just make sure the fans are of good quality.

These fans are smaller in size. So, it’s easy to get variable mounting options inside the case. They’re great for low-profile builds. However, you might not get the best deal on cooling.

To be exact, the average dimensions of 120mm cooling fans are 120mm x 120mm x 25mm. You might come across slight differences, but it’s not gonna be a deal-breaker. RGB fans are usually a bit different in size. But as I said, not that much. 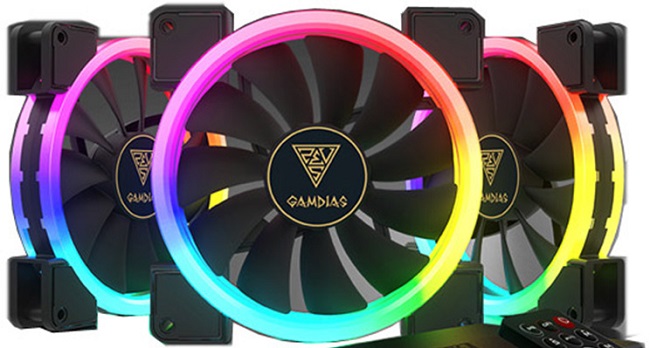 The 140mm variant is probably the second most popular one among gamers and PC enthusiasts alike. However, it’s more accepted and appreciated by users who go for heavier applications. Content creators, architects, and editors prefer these above the rest.

These fans are mostly used in full-sized cases. The primary reason being the size itself. They cover more area and can be mounted in smaller numbers than the 120mm fans.

Speaking of size, the average dimensions of these fans are 140mm x 140mm x 25mm. Just like I said before, the dimensions might differ in case of RGB variants. 140mm fans can be equipped with a lot of extra lighting, which makes them slightly bigger. Not to mention heavier as well.

We’re going to talk about each feature in detail. However, let’s have a clearer view of the key differences, shall we?

Now, let’s talk about each feature one by one.

Spin speeds are crucial when it comes to keeping your PC nice and cool. 120mm fans have spin speeds up to 1200 RPM, which is great for gaming PCs and computers that require powerful hardware. The higher the spin speed, the faster the components should cool down.

140mm fans have spin speeds of 1000 RPM on average, which isn’t really bad. This much spinning speed is just about enough to cool any system. But in terms of solely spinning speed, 120mm fans are the clear winners.

When it comes to sound frequency, you want to go as low as possible. Both the 120mm fans and the 140mm fans produce less noise. But to be frank, there is a clear distinction.

But the case is rather different with 140mm fans. These come with higher sound frequencies due to their spinning power and larger size. The higher dBA results in louder noise while running heavy tasks. However, this can be reduced by choosing specific models that offer better design.

Yet again, we find the 120mm fans to be victorious in the dBA or the sound frequency department.

Airflow CFM practically stands for cubic feet per minute. In the case of airflow and static pressure, both the 120mm fans and 140mm fans are pretty close. But in precise measurement of CFM, there is a clear difference.

There’s really not much to talk about it. The 140mm fans go for the clear win here. 120mm fans have lower CFM and can’t provide as much airflow to the components as their bigger siblings can. So, if you’re looking for better cooling and airflow above all else, 140mm is the way to go.

Well, I’ve already talked about the dimensions beforehand. And due to the size of both variants, they cover different slot numbers.

Let’s say your case’s top panel and the front panel have three slots in total. To get an ideal flow of air, you’ll need to install either three 120mm or two 140mm fans.

Due to the bigger dimensions of the 140mm fans they provide a stronger airflow and can do the job in fewer numbers. It’s quite the opposite when it comes to 120mm fans. That’s pretty much all you need to know.

I can’t really give you a pinpointed idea about the price. But 140mm fans are a tad bit more expensive. It’s due to the size and extra materials needed. While on the other hand, 120mm fans are quite affordable. Do remember that the price tags will increase the moment you go for RGB lighting.

Look, it’s best not to make the topic complicated. The whole 120mm vs. 140mm fans thing isn’t a neck-to-neck competition. I’ve laid out the clear differences and said clearly which can serve which purpose best. So, the next time anyone asks you which fan is good for what? I think you’ll have lots to say.

Let’s wrap it up for now. Hope this article helped you out in understanding the differences.