Building a new PC for gaming? Picking all the other components is fairly easy. Many builders who are new to the gaming scene face dilemmas when choosing the right RAM capacity. “How much RAM do I actually need?” Not to worry, we’re here to answer just that.

In this write-up, we’re gonna discuss how RAM impacts gaming and how much RAM is actually worth it. It’s easy to get confused if you don’t know the demands of modern-day games. We’ll give you a bit of insight on that as well.

So, there’s no point in waiting. Let the random access memory battle begin!

The Role of RAM in Gaming

Before you decide actually how much RAM you need, it’s best to get a good grasp on what RAM actually does. Before discussing the RAM variants let’s cover the basics first. 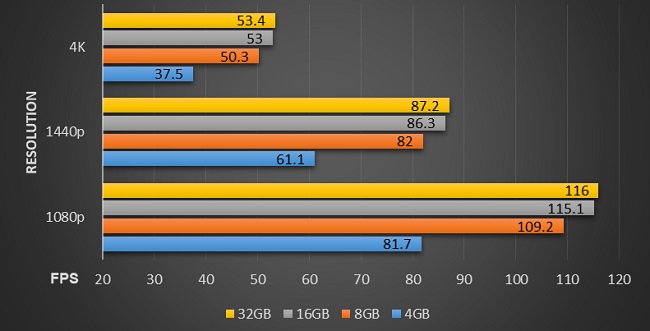 Unlike the HDD, RAM storage is way faster. The application or game that you’re planning to run is primarily stored on the disk drive it’s been allocated in. However, when it comes to processing that data, HDDs are just downright inefficient.

That’s where RAM comes in. RAM is where the computer stores data while it’s continuously processed. Storing it on basic storage would definitely result in laggy performance and an overall poor experience.

You might have experience in facing sudden spikes or random framerate drops in games. Well, that’s something you might be facing due to insufficient RAM. If the RAM is only something like 4GB, then I’m sorry to say that you might need an upgrade.

If the game can’t store all the data it needs to on the available RAM, you’ll definitely run into performance issues. We’ll be talking about that bit in detail after this.

Note: GPUs have something very similar to RAM. This is known as VRAM. The purpose of this memory is to sent graphics data to the monitor. The more VRAM, your GPU, has, the more visual data it can process.

RAM sticks can be of various brands and models. However, when it comes to the size of the memory, you only have a couple of variants to choose from. Let’s talk about them one by one.

I’ll be blunt. This much RAM just isn’t good for gaming. If you want to run a regular office desktop with a 32-bit OS, then it’s tolerable. However, if you’re planning on doing something beyond basic tasks and presentations, you’ll be facing some serious problems.

This is the bare minimum for any PC game. The OS consumes a certain amount of RAM. Apart from that, you get roughly above 5 GB of spare memory, which is enough to run basic games. But if you’re opting for the hardcore AAA titles like Division 2, it won’t be enough either.

This is the sweet spot of 2021. There isn’t any game in the market that consumes more than 16GB of RAM. You can even keep a few tabs open in your browser in the background. Just in case you wanna kill time as you respawn. Whether you’re an enthusiast or an avid gamer, this much RAM should be enough.

If you’re the type of person that likes to keep ab bit of headroom just in case, this capacity might just be what you’re looking for. Future-proofing apart, if you’re into 4K video/image editing, it’ll surely come in handy. If you want to multitask some heavy applications, this much RAM can be of good use too.

Well, this is just overkill, to be honest. Unless you wanna see all four DIMM slots occupied, there’s no point in getting 64GB of RAM. Not for gaming, at least.

How Much Do You Actually Need? 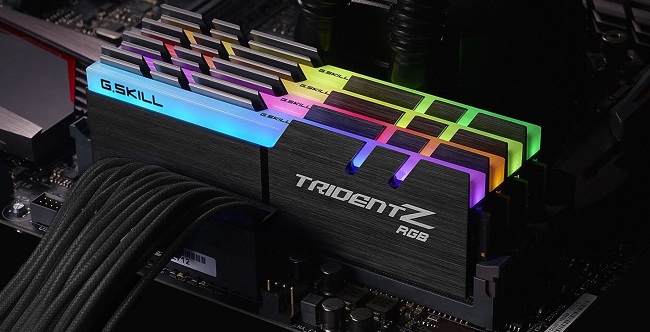 Well, I sort of explained the utility of the memory variants above. Now, if we narrow it down, if you’re tight on budget, you might consider getting 8GB RAM. However, you’ll face problems in a lot of current and upcoming titles.

If you want to cut costs, there are a lot of other ways as well. If you wanna get 16GB of RAM within a tight budget, you might consider the non-RGB ones. Plus, choosing lower frequencies will reduce the costs substantially. Just don’t cut costs on the latency bit. Choose the least latency possible.

With all that said, if you have some extra bucks to spare, there’s no point in getting more than 32GB. The money will best serve you if you get a better GPU or a better processor.

Well, to sum it all up, the 4GB vs 8GB vs 16GB vs 32GB battle is won by the 16GB variant. 8GB is okayish. But it really doesn’t cut it. Modern games require more. RAM plays a vital role not only in gaming but in computing as well.

It’s best to buy a single slot 16GB or a dual slot 8×2 GB RAM. Whichever suits your budget and needs. I could’ve talked a lot about aesthetics and lighting. But the topic really doesn’t call for the occasion. If you have your eyes on a selected title, you can check online benchmarks in various resolutions.

That’s all the tips and advice you’ll probably need on this. I pretty much covered all the essentials. Hope it helped. So, let’s not drag this along any further. Bye for now.