We’ve gone through this in our other writeups as well. A case is absolutely vital if you want to build a fully operational PC. Going cheap with this won’t bear good results. However, there are certain criteria from which you might want to choose.

We’re particularly going to talk about two basic pc case sizes. In this article, you’ll get to know about the key differences between full tower and mid tower cases. If you’re willing to play the full tower vs mid tower game, you’ll need to know which one can serve you in which way.

Always take the better-informed decision rather than to just wing it. Here, I’m gonna guide you through the thick of it. So, without further delay, let’s get to it.

Mid tower vs full tower PC case : Which one to choose?

When it comes to full tower and mid tower cases, you’ll come across a few basic features that come to a sharp contrast. Let’s portray them in a clear picture. 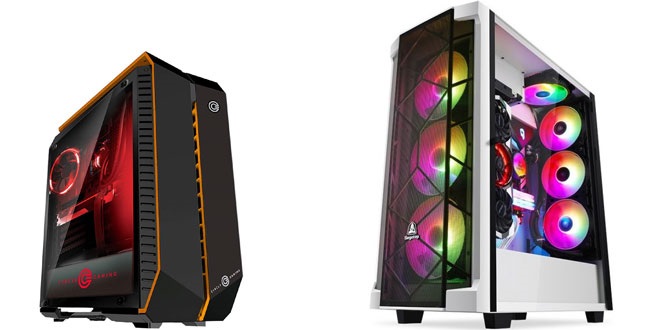 Full towers and mid towers are mainly set apart by size. But let’s try to set some actual measurements to make things easier for you.

Mid towers go from 18-20 inches in size. These are ideal for putting on your indoor desktop as they consume less space and are lighter in weight. On the other hand, full towers can be from 22-25 inches. Make sure you have enough space to keep the extra customizable goodness.

I’ve explained this on the table before, but then again, let’s revise the differences just to be sure. When it comes to mid towers, they usually support Mini-ITX, Micro-ATX, and ATX MOBOs. E-ATX support can be seen. But that’s fairly rare.

It’s expected that full towers can offer more options. If you go for these, you’ll have support for Mini-ITX, Micro-ATX, ATX, E-ATX, and XL-ATX motherboards. You really won’t need to hold back on anything.

As for expansion slots, you’ll get 7-9 in mid towers and 8-10 in full towers. This is a rough estimate really. You might come across exceptions. Apart from that, the general count for the drive bays is 5-10 for mid towers and 10-15 for full towers. 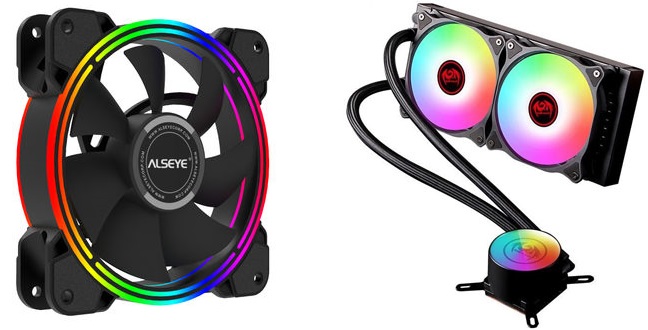 Fan mounting and water-cooling options are rather limited in mid towers compared to full towers. You probably won’t find more than 6-9 fan mounting locations for mid towers, which increases to 10-15 for full towers. Do you need all that airflow goodness? That’s entirely up to you.

Both these cases support water-cooling options. You should be able to install AIO coolers in both. However, if you want to go for custom loops, full towers are the best way to go.

To be honest, this isn’t really a full tower vs. mid tower thing. Cable management facilities vary from case to case. However, since full towers are generally costly and come at a premium price tag, they generally offer stuff like rubber gromets and adequate spacing behind the motherboard tray.

But that doesn’t mean mid towers can’t offer the same. It’s best to take a personal look at the case at hand.

As mid towers are more affordable, they’re best suited for casual home usage/ gaming. These can be great for office purposes too. An ideal option for those who are a bit tight on their budget.

But full towers shine where mid towers fail to meet expectations. Full towers are best for hardcore gamers, serious users, and PC enthusiasts. These Pro grade cases do come at a higher price tag. But they can prove to be worth it nevertheless.

To make the differences clearer, I’m gonna take two cases side by side. Let’s have a discussion on two cases from Corsair. For the mid-tower option, I’ll go with the 4000D and for the full tower one, let’s pick the classic 750D.

These are from the same brand and are on the premium tier. Corsair didn’t hold back in the quality department while crafting these outstanding cases. Enough said, let’s get to the major differences.

Instead of going on about it in an unrestricted flow, let’s categorize the main points of discussion. That’ll definitely help in getting a clearer picture of the differences.

Case dimensions are the fact that users simply can’t ignore. The space consumption of a particular case can have some real impact on the user experience. You might have a big enough desk, or you simply might not. Picking a case that fits your space is mandatory.

So, before choosing one of these or any other case, you’ll need to consider whether you have ample space on your desk or not. You won’t want to regret afterward.

Let me make this very clear; storage capacity is a personal preference entirely. But then again, when you run out of your current capacity, you’ll just end up opting for more. That’s where drive bay options come into play.

If you’re not willing to store massive data on your PC, the 4000D should serve you just fine. A couple of terabytes of HDDs and SSDs can easily be stored in two 3.5-inch andtwo 2.5-inch bays. That’s pretty much all you can expect from the most basic mid tower case.

BUT, when you go full tower, like the 750D, that becomes a different story entirely. This case offers three 5.25-inch bays, four 6 2.5 inches with a combo of 3.5 inches/ 2.5-inch bays. With a setup like this, there are hardly any possibilities of you running out of disk space anytime soon.

Since the prime difference between mid-tower and full tower cases is the size itself, you’ll notice gaps between housing capacities of components as well. Yes, I’m getting at the GPU and PSU length.

Some GPUs and PSUs in the market are massive in size. They often are larger than what a common mid tower case can contain. Well, maybe they can, but with a bit of difficulty, however.

For a case like the 750D housing, a GPU with a maximum length of 450mm won’t be an issue. But the same can’t be said about the 4000D’s maximum GPU length capacity. A 360mm GPU is basically it’s limit. This isn’t a bad thing as most GPUs aren’t larger than that.

The PSU length compatibility of the 4000D and the 750D are 180mm and 220mm, respectively. Keep note that if you remove the drive bays of the 450D, you can go to the maximum of 220mm as well. You won’t be needing to worry about this too much unless you’re going for PSUs of more than 1000 Watts.

The 750D can house a CPU cooler of 170mm height (Max). However, the 4000D is compatible with the exact same length. Both can take on 360 mm radiators too. So, where’s the difference?

But that doesn’t mean that the 4000D can’t offer proper cooling. It sacrifices a few extra fan options for a more compact size. It’s efficient either way.

Keep note; if you’re opting for custom cooling, the 750D will serve you better than the counterpart.

This part is a bit debatable. Does the weight of a PC case even matter? Well, not much if you’re planning to keep it in one place for years to come. If that’s the case, then full towers are probably the best way to go about it.

But, you can do the same with mid towers like the 4000D as well. This case weighs about7.8kg. It’s not really light. But the 750D, on the other hand, has a weight of 9.7 kg. Now, you wouldn’t want to move that around very often.

There’s no point in debating on this. So, I’ll state this as plainly as possible. Mid tower cases are best for newbies, casual gamers, and home users. Cases like the 4000D are ideal for that. However, the 750D can do all that and more. It’s mostly for professional gamers and PC enthusiasts.

Full towers straight-up offer more options and expansion possibilities when compared to mid towers. However, full towers are always heavier and can’t be moved around much. Also, they consume large spaces.

The Pros and Cons Compared

So, here are the listed benefits and drawbacks of both mid tower and full tower cases. I think the bottom two tables would be enough to describe them.

As you’ve seen in the comparison, mid tower and full tower cases target a particular set of users. They’re not supposed to be for anyone and everyone. I’ve also explained the benefits of each and where it might fail your expectations.

With all that said, there’s no clear victor in the full tower vs. mid tower battle. The design and form factor of these cases depend on your needs entirely. It’s probably best to asses what you want and need, then decide for yourself.