You are here: Home / Blog / 11 Input Devices of Computer You Didn’t Know About

Computers are little wonder machines. Can you imagine a modern world without computers? The answer is, No, you can’t. This is more the reason you should have detailed knowledge about computers.

Input devices of computers include a wide range of devices like keyboard, mouse, touchpad, scanner, joystick, graphics tablet, digital camera, and many more. All of these devices convert analog data to digital data and inject data into the computer system.

Having said that, we’ll go through an in-detailed explanation of the devices we mentioned earlier. Interested already? Hop in.

What is an Input Device?

Computers might as well be the most powerful machines in the world. But they can’t do anything without data and appropriate commands.

An input device is a device that feeds the computer system data in a digital format. These devices combine to create a peripheral that serves as the sensory system of a computer. For this reason, these devices are also called peripheral devices.

Importance of Input Devices of A Computer

Inputs can be of a variety of amplitude and types. It can be commands, data, images, sounds, or even mechanical motion. Multiple computer input devices are needed to accumulate these inputs and convert them to a digital format.

Computers can’t process analog data. The data need to be in binary format in order to be used by computers. Well, that’s where input devices make sure that the computer system is being fed enough data.

Types of Input Devices of Computer

Input devices can be typically categorized into three types.

The keyboard is the most prominent input device used for a personal computer. It’s the primary input device for text commands. The keyboard converts keystrokes into digitized signals that are interpreted by the computer. 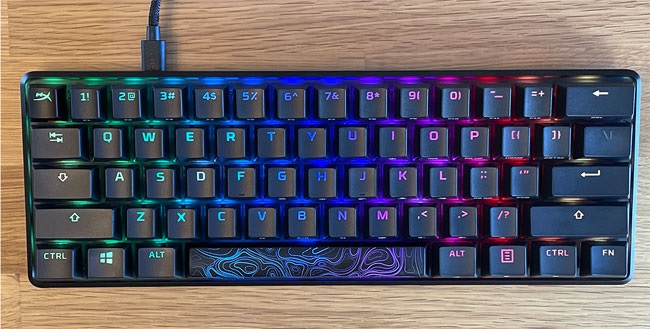 A keyboard is an input device that has been used since the developmental days of computers. The machine consists of keys that indicate letters, numeric keypads, punctuations. It also includes some functional keys like arrow keys that aid while navigating through the user interface.

Any type of text inputs is entered through the computer keyboard. Programming, data input, web designing all require a keyboard to be conducted.

Mechanical keyboards are for professionals and enthusiasts. They have a precise and fast response time and action. These keyboards are embedded with laser technology to deliver data in a fraction of seconds.

Membrane keyboards use rubber membranes for keystrokes. These keyboards come in cheap and are used for all general day-to-day purposes.

The mouse is an intelligent pointing device for all personal computers to control objects, buttons, text boxes shown on the computer screen.

Most operating systems have a graphical user interface. This hardware device manipulates the cursor and navigates throughout the system.

A typical mouse has two buttons and a scroll wheel. The buttons are called left and right buttons. These buttons function when pressed and execute a command. The scroll wheel aids in scrolling and panning or zooming on the screen.

It’s also a handy device as it can navigate way faster than keyboard arrow keys. A mouse is also essential in video games to control the characters or objects in the game.

Based on their mechanism, mice can be of two different types.

A mechanical mouse, commonly known as a ball mouse, uses a tiny rubber ball to determine mechanical movement. It detects the horizontal movement on the X and Y axis on the surface and converts it into a digital signal that allows the cursor to glide on the desktop plane.

However, this type of mouse had too many flaws to overcome. Light optical mouses have replaced mechanical mouses these days.

The optical mouse functions through light-emitting diode and photodiodes. It detects movement relative to the plane beneath and moves the cursor according to the data given. Multiple infrared lasers with higher resolution are used to enhance precision.

Anyways, mouses can be both wired and wireless, too. The Wireless mouse is lighter and cleaner, but it lacks precision.

A trackball is another pointing device used in computers. It’s kind of the reverse of a mouse. A mechanized ball is placed on a fixed appliance, and by rotating the ball by fingers, the user can position the cursor on the LCD screen.

You can find trackballs more commonly on laptop computers or notebooks.

Touchpad or trackpad is also commonly found on laptops and notebooks.  By touching a rectangular pad made of silicone or plastic, you can simply manipulate the cursor on the screen. It works with hand or finger gestures like dragging, tapping, and pinching fingers across the pad.

A digitizer, or widely known as a graphics tablet, can convert analog information into digital form.  It digitizes analog graphics and pictorial data into binary input for the computer to interpret.

The setup also includes a flat surface to draw on with another device named Stylus.

A stylus is basically a pen, but it can only draw on the graphics tablet. The digitizer would detect the stylus’s movement then send it to the computer to use. Any user can see the drawings on the monitor screen.

A digital camera is an input unit that works as the eyes of a computer. The prime function of this device is to take photos and record videos.

You can then transfer the files to the computer and further process the images and videos. The pictures and videos are stored in a storage device.

A Scanner is an input unit for computers. It can be compared with a photocopy machine.

Information printed on papers or physical materials can be converted into digital data via a scanner. These devices use a light beam to scan the documents and then convert them into digital copies.

Printers and scanners together form a compact device that works as both input and output devices. For example, both laser printers and impact printers can be combined with a scanner.

The scanner scans a document that’s stored in a storage device. Later it can be edited or enhanced, and printed via the printers.

A drum scanner can be compared with a digital camera but with much more precision. It traps the image with analog light and reproduces it pixel by pixel in a digital copy.

Flatbed scanners are also known as desktop scanners. They copy any image or text from paper using a scanning beam on a glass. Flatbed scanners deliver much higher quality results than drum scanners.

There’s another specialized scanner known as a bar-code reader. Bar-codes are black and white stripes that encode essential information. A bar-code reader scans the bar-code, decodes the information swiftly, and shows it on an output device.

A microphone is an audio input device. It records sounds and noises from the environment and converts them into a digital signal. Microphones are commonly used in the music and media industry.

A light pen is another pointing device that resembles a pen. You can use a light pen to select a display menu or draw on the monitor screen. It’s made with a photocell and an optical system.

Joysticks are a type of pointing device. They are primarily used in video games and Auto CAD software to control the camera angle.

A stick is placed in a pivoting platform, and it can be rotated 360 degrees. By turning the stick, you can control the cursor or camera angle shown on display.

Webcams are actually digital cameras, but their primary purpose lies in telecommunication. Webcams are very compact in size so that they can be fixed on top of the monitor.

The most prominent aspect of a webcam is that it allows you to engage in video calls and e-conferences. To use Skype, Zoom, Google Meet, and other telecommunication software, you will need a webcam. Most modern laptops come with a built-in webcam.

Wireless keyboards are better in terms of wire management and portability. You can easily carry a wireless keyboard anywhere with you. But it lacks precision and fast response time. If you are a gamer and looking for a quicker response time with anti-ghosting technology, you should consider getting a wired keyboard.

How to plugin input devices?

Most input devices support plug-and-play. Meaning you can just plug your device into the USB port of your personal computer, and they are ready to go. Some sophisticated input devices may need further configuration and driver installation to work. In these cases, consult the manual or a technician.

What do I do if I do not have enough ports to connect my input devices?

You can get a USB hub with multiple ports to connect and extend your input devices.

Operating a computer is an essential life skill in this modern era. No matter what your occupation is, computer skills are a must.

You can be a student; you can be a doctor; you can be a housewife. But knowing the basics of a computer system is needed. Suppose you’re not familiar with how computers work. There is no denying that you are definitely going to be halted at every step of life.

In our article, we’ve tried to cover most of the input devices of computer systems. We’d be thrilled if this article helped you in any way to improve your knowledge about computers.