You are here: Home / Blog / Should I Overclock My GPU? – Benefits, Risks, and Method

I have been pushing my GeForce RTX 3070 to its limit for quite some time now and I don’t see it bursting into flames anytime soon. Overclocking the GPU is a simple but time-consuming process. It’s not nearly as complex as CPU overclocking and is generally way safer.

That said, it will most definitely take you a while to figure out the right clock speed for pushing consistently stable overclocks. With a foolproof software like MSI AfterBurner, you can easily and precisely control the overclocking process.

My overclocking experience so far has taught me two very important things. One, the safest and most effective way to OC is to increase the clock speed in small increments. Push it too far in one go and you will most likely damage your graphics card.

And finally but most importantly, overclock your GPU only when you really have to. For example, OC’ing helps when you want to smoothly run a graphically demanding game at 60 fps. Or, when you’re editing a 4k video and want to avoid stuttering and slow playback issues.

Now, before I break down the steps of overclocking GPUs, here’s a quick overview of what overclocking is and the pros and cons of OC’ing a GPU for the newbies.

What Is Overclocking, Really? 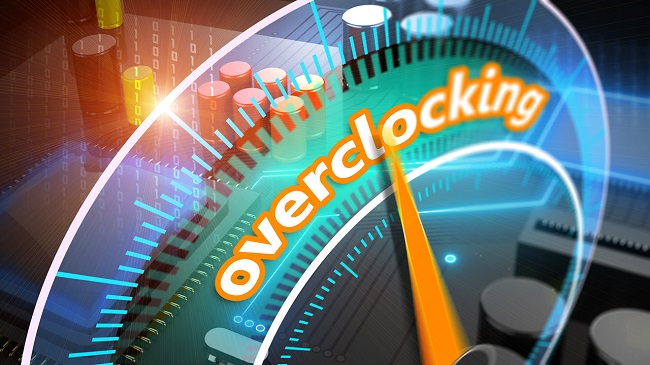 The performance level of a PC component is denoted by its clock rate. Through overclocking, you make the component push past its default clock speed. It’s an ingenious way to squeeze out more performance out of your CPU, GPU, RAM, and motherboard chipsets.

Better clock speed equals better performance. Need to be able to do intensive video editing or play a high-end game at high fps? Easy, buy a new (and powerful graphics card). Don’t want to shell out money on a new GPU just yet?

Easy, push your existing GPU to its limit. Even moderate overclocking can make a big difference in terms of performance when done right.

In case you’re wondering what overclocking GPU would exactly accomplish, here’s a quick rundown of the benefits of GPU overclocking:

The performance gains are pretty linear to clock speed. A 5% boost in clock speed on MSI AfterBurner should get you 10% more FPS, unless…it’s your CPU that is bottlenecking your PC. In that case, the gains from GPU overclocking would be a measly 4-5%.

But if the GPU alone is the bottleneck, proper overclocking can get you as much as 25% boost in performance. Usually, anything over 10% increase in gaming performance from GPU OC’ing is considered pretty good.

GPU overclocking is quite safe unless you try to push the clock speed too far too fast. Doing so would increase the temperature of the card which is not really as scary as it sounds. The stock cooling mechanism of your card will keep the temp from reaching dangerous levels.

If you are aiming for extreme overclocking, make sure to invest in a quality hybrid or liquid-cooling system.

Don’t get all wound up if any of these happens. Simply rebooting the system or turning down the clock speed to the safe limit will resolve the issue. You can also download a GPU temp monitor to keep a close eye on GPU temperature and voltage.

Can Overclocking Damage the GPU? 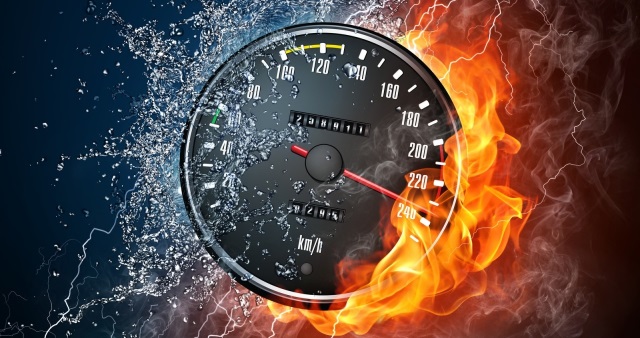 The only way you can nuke your graphics card while OC’ing is if you flash the BIOS, allowing the voltage to go beyond the safe limit. Otherwise, no chance in hell!

The built-in cooling mechanism of GPUs is no slouch. You can’t possibly deep fry your graphics card while overclocking. So, if you want to give OC’ing a go, go ahead. You have no reason to be afraid.

Sadly, no two GPU chipsets are built the same on a microscopic level. Therefore, you might get slightly different overclocking results from different cards of the same lineup.

Higher binned GPUs have a better overclocking potential. So if your GPU handles overclocking well, minus the constant thermal throttling issue, congrats because you’ve won the silicon lottery!

What about Factory Overclocked GPUs? Are They Worth It?

Depending on the brand, factory overclocked GPUs cost $30-$50 more than stock GPUs. Is it worth buying? Not really since most GPUs can go beyond factory-listed speeds. OC cards are generally tuned by 10-20%.

It takes roughly 5 minutes to manually achieve the same. So if we are strictly talking FPS boost, then no, I don’t see any point in spending extra on a Factory OC graphics card.

However, pre-overclocked cards do come with a better cooling system. That means less overheating issues and fan noise. That said, I overclock the living daylight out of my stock GPU and the temp never shoots above 80°C. You can overclock a factory-clocked but the gains will be max 2%, which is negligible.

If you are super nervous about wrecking your GPU while trying to OC, get a factory OC card, by all means. It won’t be faster than its non-OC counterpart. But for what it’s worth, it will have a more powerful cooling system.

How to Overclock a GPU in Just a Few Easy Steps:

So, you have finally decided to take a crack at it? Good for you. As I said before, overclocking a GPU is really no big deal. The only challenging part is to find the right blend of performance and stability.

Also, do remember that not all games will respond equally to a particular OC setting. So you have to continuously tune the parameters until you find the sweet spot.

You can overclock through BIOS as well. Although it will give you more control, the method is complex and there’s a slight risk of messing things up big time. Stick to MSI AfterBurner. The UI is neat.

I’d suggest downloading Heaven UNIGINE for this. Run a benchmark test to get a detailed report of your GPU’s current performance. Use it as a reference point.

The whole point of overclocking is to maximize the potential of your GPU. So, go ahead and push the Power and Temperature Limit sliders all the way up. This is likely going to amplify the fan noise due. If it gets too annoying, dial the power limit back a bit.

Increase the speed by 5% at first and work your way up from there. Don’t go full rampage on it or you will crash the GPU (relax! just reboot the system if that happens).

Start by dialing up the core clock by 5%. Then run a stress test or play a really demanding game for 20-30 min to see if everything is working fine.

Everything looks stable? Boost it by 10% and run a stress test again to check for stability issues. Continue the process of raising speed and stress testing until it crashes or you notice glitches flashing on the screen. That’s your cue to lower the speed to the last stable point.

My Titan XP allows me to OC the memory by 700 MHz. Mind you that pushing the memory clock too far can cause a crash, artifacting, or a dip in the FPS.

Unless you know what you are doing, I’d advise leaving the voltage slider alone.

Step 6: Push Your GPU to Its Max Limits

Once everything appears stable, run a final stress test or play a GPU-intensive game like Batman Arkham Knight or Far Cry 5 for a few hours.

Watch out for glitches or crashes. Make adjustments to the clocks as needed. With some patience and fine-tuning, you will eventually find the ideal OC setting for your application.

As you get more attuned to the process, you can move on to explore NVidiaa’s GPU Boost curve for more precise overclocking. Finally, the performance boost you gain from overclocking may slightly vary due to a number of factors such as CPU bottleneck. That’s pretty much the gist of it.