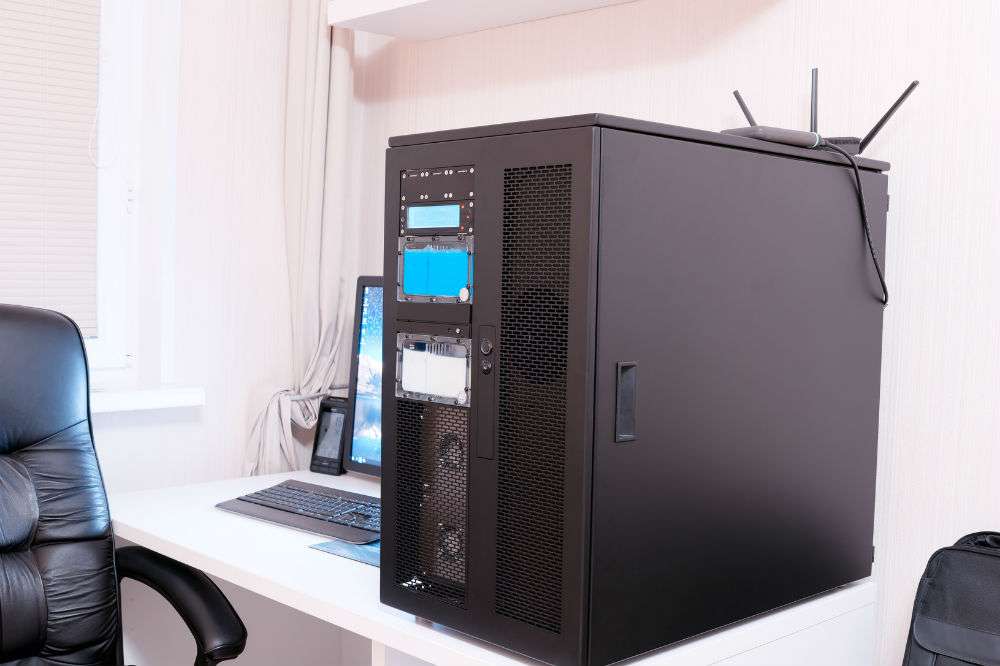 Computers, either for work or for gaming, are one of technology’s greatest gifts to modern man. They have made working easier, communication faster, and of course gaming more fun, but with a lot of upgrades comes a lot of added internal components.

These expansions and upgrades are usually kept inside a computer case to keep them away from external dangers like liquids and dust.

When you put these components inside an enclosed space, they tend to overheat and malfunction, a downside to computer cases. The best way to keep those important components cool and away from damage is to install fans inside the computer case.

These fans do a great job of keeping the inside of case cool, but there are some downsides.

The use of cooling fans to keep your computer from overheating is considered by many builders and gamers as the traditional way of cooling. Pre-installed fans are normally not enough to keep a PC at a cool temperature; builders usually end up installing more fans as they continue to expand.

The addition of new fans is not a problem because many computer cases come equipped with extra space specifically set aside for cooling fans.

The problem with installing cooling fans is that many builders struggle with the noise they create. One fan whirling continuously while you work, play, or compete can blend in with the background noise, but when you have more than a few fans, the sound coming from your computer might seem like a turbo jet.

No one wants to have this constant distraction around them for hours on end.

If you’re struggling with the combined problem of your computer overheating, but the added cooling fans are too noisy, here are a few tips that might help you.

One of the reasons why fans inside a computer case become too noisy is because they have gathered too much dust. The fans will have to exert more effort in spinning, which creates the excessive noise.

Check if your computer fans are clogged; if they are, clean them up and see if it makes a difference.

A computer fan that is not regularly maintained with oil can also contribute to the noise as it will not spin quietly. Just regularly oil the fans and you might notice a difference in the noise they produce.

Another reason why computer case fans become too noisy is because they are over-worked. It is normal for builders and gamers to have their PCs on for long hours or even days at a time.

This will cause some strain of the cooling fans, which will amp their noise factor. Give your computer a break and the fans might just become silent when the next time you turn it on.

If you’ve already cleaned and oiled your fans or have given your computer a long break but the noise is still overwhelming you, or you just don’t enjoy the idea of using too many cooling fans, there is another way to cool down your internal components without using a fan.

Liquid cooling is a popular alternative to fans. Instead of regulating the heat from the inside using a number of strategically positioned fans, liquid or water cooling uses tubes instead. This cooling method involves the use of a coolant-filled tube, water, blocks, and other cooling components.

Don’t think you’ve gotten rid of the cooling fan just yet, though – some liquid-cooling setups will still need internal fans to push the coolant around, but it won’t be as many fans to deal with.

A Quiet Computer Case is Attainable

By now you’ve probably realized that a totally cooling fan-less computer case is impossible. All computer cases on the market will have at least one pre-installed fan to combat overheating issues, but a quiet computer case can still be found.

If you take proper care of your computer or invest in a brand like Cooler Master, who manufactures products like the Cooler Master HAF 912 and the Storm Stryker Full Tower, which are designed for optimal cooling potential, you will have fewer issues with noise and cooling.

Look into alternative computer case cooling methods as well; they might still use a few fans, but at least it won’t come with too many fans that make too much noise.