You are here: Home / Blog / Why Should I Build My Own PC? 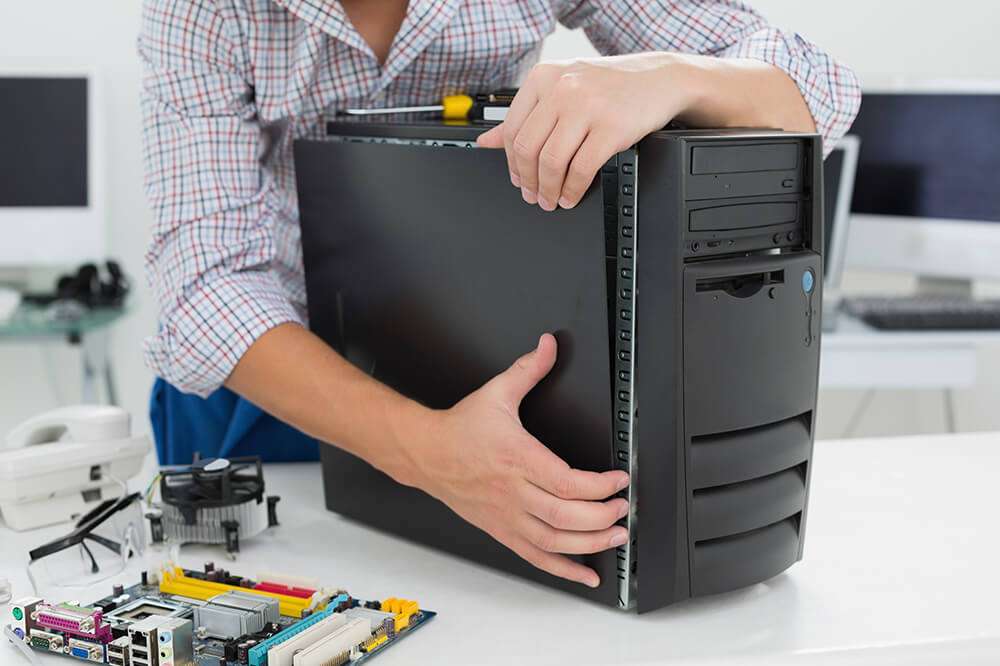 Although desktop PC sales have been in decline for some years now as casual users turn to smaller, lighter and more portable devices such as tablets and laptops, the desktop computer remains the machine of choice for enthusiasts, gamers and business users.

Its superior power and versatility, combined with constantly dropping prices, has solidified its position in a niche market which, in spite of what some might say, isn’t going to disappear in the foreseeable future.

10 Reasons for Building Your Own PC

If you’re a gamer or any other kind of power user, building your own computer from scratch will probably seem the obvious course of action to take.

However, a custom-built desktop computer isn’t only something for the enthusiasts, and thanks to standardized components and a wide range of options to choose from, it’s actually not particularly complicated either.

If you have yet to be convinced that building your own PC is the way forward, consider the following advantages.

1. Get the Best Performance 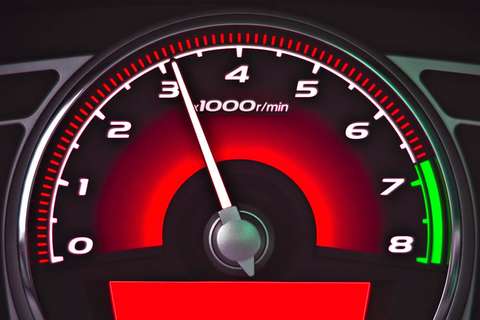 A high-spec desktop computer offers vastly greater performance than even the most powerful laptops in the world. In terms of raw processing power, memory, and other specifications, it completely surpasses any gaming console, tablet or laptop computer in existence thanks to better cooling, more powerful components, and greater versatility.

Whether you’re an enthusiastic gamer, graphic designer, photographer or video editor, a custom-built desktop PC is the obvious choice.

Power users often cite performance as being the number-one reason to assemble a PC from scratch. Without restrictions concerning weight or space, components aren’t scaled down, resulting in improved performance and better cooling.

2. Keep Control over Your Budget

Building your own desktop computer rarely works out to be cheaper than buying a low-end off the shelf model, but you do get to enjoy the luxury of keeping control over your budget.

Since you’ll buy all components individually, you’ll know what you’re getting for your money, and you can always scale back on more expensive items, such as graphics cards and processors, as required. With the choice of components being so plentiful, you can build anything from the cheapest budget machine to a water-cooled powerhouse.

Buying a new, pre-built computer rarely gives you an option to customize your build and, even if it does, the options available will be limited. By selecting your own components, you’ll be able to save money on optional extras that you might not need, such as optical drives or dedicated graphics cards.

If you’re a gamer on a tight budget, you’ll have the freedom to spend more on a powerful graphics card while going for a more affordable processor. The options are practically limitless.

3. Upgrade in the Future

The desktop PC is by far the most versatile computer of all. You might be able to replace the hard disk or add more memory to a laptop or stick a memory card into your tablet PC, but that’s usually as far as the possibilities go.

With a desktop PC, you can replace or upgrade every component from the motherboard to the hard disk drive. Upgrading a desktop is usually a straightforward process as well thanks to standardized interfaces and plug-and-play connectivity for many devices.

A high-end custom-built PC should happily last you for three or four years before it needs any major upgrades. When upgrading to the latest processor, you may need to change the old motherboard and even the memory as well, but this is typically far cheaper than buying a whole new machine.

Installing components such as drives and graphics cards is usually much simpler since compatibility concerns are fewer thanks to standard interface connectors that have been around for years. 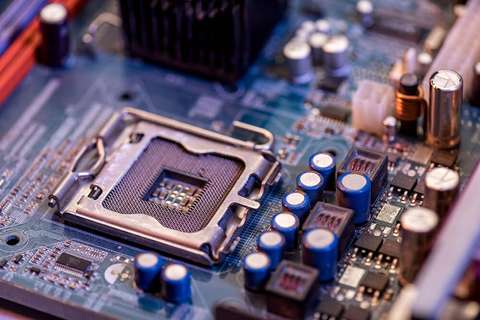 Building your own PC is not nearly as complicated as it might sound, but it still gives you the opportunity to learn more about different components and how they all work together. While assembling a PC is rather like completing a jigsaw puzzle, it does present an important learning experience that will help you to get more out of your machine, make for easier upgrading in the future and troubleshoot your computer when things go wrong.

Things might not go very smoothly during your first time building a computer, but the amount you will learn could actually end up saving you a lot of money in the longer term.

Being better equipped to troubleshoot components and replace faulty ones, there will be fewer trips to your expensive local computer repair shop. You’ll also, learn about important things like cooling, performance bottlenecks, expansion buses and interface standards, making shopping for future upgrades much easier.

Pick almost any desktop or laptop computer off a shelf in a main-street store or from an online shop, and you can be pretty sure it will be bogged down with unwanted software. Unceremoniously known as ‘bloatware’ or ‘crapware’, this preinstalled software often includes trial versions of full programs, intrusive applications that start automatically when you log in to Windows, browser toolbars or other junk software that begs you to register or buy it.

Building your own computer means starting with a completely clean slate. Once everything has been assembled, you’ll have an empty hard drive ready for formatting, with any bloatware that came with the components staying put on the driver disks.

Instead, you’ll be able to install a clean copy of Windows (or another operating system) and download only the drivers and programs that you need. You can usually safely throw away any installation disks that come with your hardware. 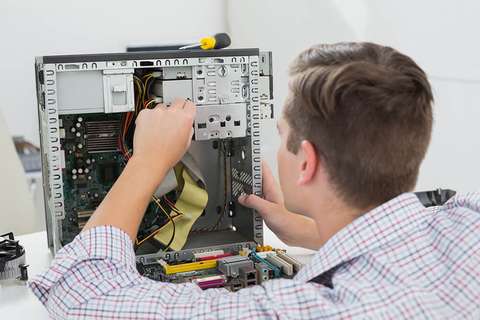 Case modding is a popular pastime for many computing DIY enthusiasts, but it’s not just about aesthetics. Though custom case lighting can certainly help your PC to look your own, there are also more practical customization options to make your computer run faster, cooler and quieter.

From quieter case fans to water-cooling, the possibilities are extensive, but you’ll rarely have these opportunities with a pre-built machine. In fact, some even go so far as to design their own cases from scratch.

Important factors such as cooling and noise are rarely taken into account with pre-built machines. While their specifications might look good, they are often let down by performance bottlenecks, poor stock cooling units, ugly cases and little or nothing in the way of extra features.

With a custom build, you can tweak almost every aspect of your computer, including adding additional case fans, fan speed monitors and regulators, strip-lighting and water cooling. The only limit is your imagination!

When you purchase a new computer, it will likely come in retail packaging from the company that put it together, but there won’t be any packaging for the individual components. The individual devices will be of the OEM variety, meaning that they are sold directly to manufacturers without any extras such as manuals, optional accessories, and packaging, and this presents a problem if you want to sell a particular component later on.

Although you can sometimes save a bit of money by purchasing OEM versions of products yourself, buying retail hardware tends to be the safer, more convenient option.

You’ll also be able to shop around for quality components, whereas many PC manufacturers skimp on cost and quality, particularly with less ‘exciting,’ yet crucial, components such as motherboards and power supply units. By buying everything individually, you’ll be able to ensure that you’re getting quality for your money.

8. Protect Your Investment with Better Warranties

Typically, a new desktop computer comes with a one-year warranty, after which you’ll be on your own should things go wrong. Even if a particular component inexplicably stops working after the warranty is up, you won’t get very far by contacting its manufacturer since they’ll likely just refer you back to the company that assembled the computer.

By buying components individually, you’ll usually have much better warranties lasting two or even three years for each item.

Ironically, one of the common concerns that first-time PC builders have is that they’ll be on their own if a component breaks down. There is some truth in this concern, but provided that you can determine which component is faulty, it should be covered by the manufacturer’s warranty.

For example, if the power supply unit stops working within its warranty period (typically 2-5 years in this case), its manufacturer will be legally obligated to honor your request for a free replacement or repair.

One of the greatest advantages of having your own custom built PC is that you have complete freedom to choose not only your hardware but also your software.

Do you hate Windows 10? Simply install Windows 7 instead. Do you want to avoid Windows altogether? Try a free operating system like the Linux-based Ubuntu.

Although most people will simply go for the latest version of Windows, just as you’ll find pre-installed on almost any retail PC, custom PC builders will still be able to choose precisely which version they want to use and what gets installed.

Building your own computer should save you money in the longer term, thanks to the upgrade possibilities and the fact that you can recycle old components. If you already have an old PC, you might be surprised by the things you can salvage from it to put into your new build.

For example, components such as optical drives, hard disks, power supplies and cases aren’t rendered obsolete as quickly as graphics cards or processors.

As you upgrade your custom build over the years, there will eventually become a point where it’s effectively an entirely new computer. However, there are always things you can do with those old components. You can either sell them on eBay (especially if you kept the retail packaging) or put them together to make a second computer.

Alternatively, you might be able to repurpose individual components, such as by turning an old hard drive into an external hard drive with a special enclosure.

Whether you’re a long-time computer enthusiast or just curious about the inner workings of computers, building your own PC is likely to turn out to be a fun and rewarding process if nothing else.

With a wealth of instructional material on the Web, you’ll also have plenty to guide you through every step of the process, so it shouldn’t be particularly complicated either.